Welcome to the shop for www.fedup.com.au

We do not accept or receive funding, services or goods from any industry or lobby group. The Network is run as a free service whose costs have been met for the past 25 years from the sale of Sue Dengate's books and by giving talks.

Your support is appreciated 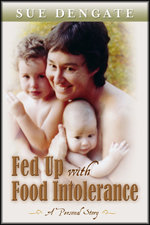 Fed Up with Food Intolerance (ebook)

In print a best-seller, this is the personal story behind Sue Dengate’s Fed Up books, telling how deeply her extended family were affected by food intolerance and how many blind alleys there were in finding the answer, leading to her life of activism.

$3.99 download in both mobi (Kindle) and epub formats (most-ereaders)

'Of all your books, your ebook Fed Up with Food Intolerance is my favourite ­ I just couldn’t put it down' - from Fed Up Roadshow 2015

'No parent should have to go through what we went through' she said when she wrote her first book. First published as Different Kids (Random House Australia 1994) and revised as Fed Up with ADHD (Random House 2004), now revised and formatted for ebook in a very moving, easy-to-read personal story.

Download a sample for Kindle (.mobi) or for other ereaders (.epub) 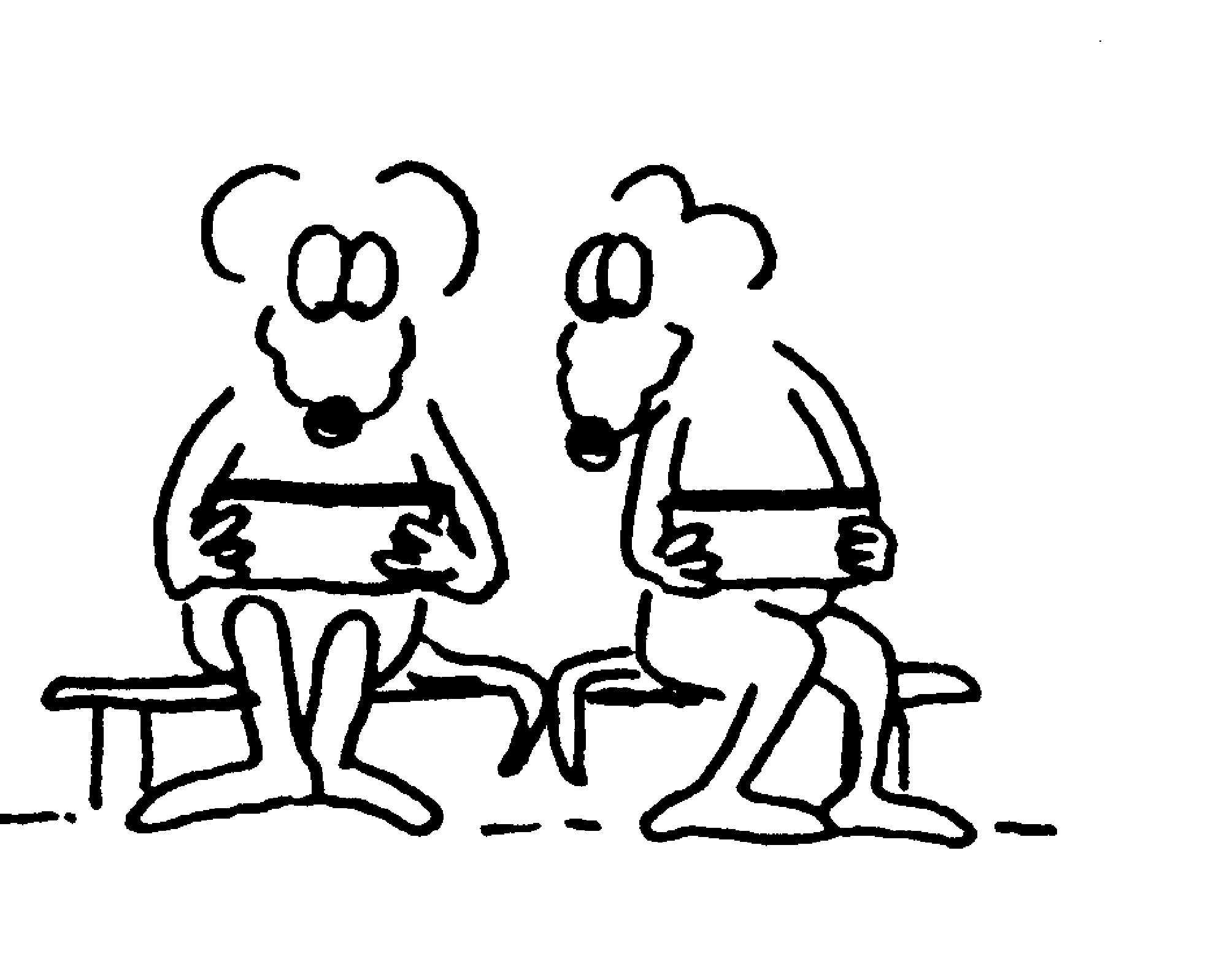 This story has already appeared in my books Different Kids and Fed Up with ADHD. It is about my search for the magic answer to our daughter’s problems. Thousands of families have found it was also their magic answer, like this one from our website:

‘I spent the night reading your book crying and laughing and knew that this was my daughter and we had to follow through with the dietary program. It made such a difference to our lives. It still brings a tear to my eye when I remember that night reading your book and a whole new world opened up to us’. – Kathy, from story [615]

Over the last forty years, an increasing number of parents have discovered that their children don’t bring them the joy they expect. Instead, their children are demanding or defiant, forgetful or anxious, irritable or restless. Perhaps they aren’t doing well at school or suffer from itchy rashes, headaches, stomach aches or difficulty sleeping. They’re all different, but they share one characteristic – they make life difficult for their parents and teachers.

At first, experts told us it was our fault. If we couldn’t control our children, it was because we weren’t firm enough. We just needed to learn better behaviour management. Then they told us that our children had been born with a chemical imbalance in their brain that must be treated with medication. They were encouraged by drug companies that spend millions of dollars a day promoting their products to doctors.

‘What about food?’ some parents asked. There are hundreds of additives in our food and thousands of chemicals in our air, soil and water that weren’t there forty years ago. Funded by the giant food industry, a few experts in the 1970s carried out some studies and concluded that children’s behaviour wasn’t affected by foods. We now know that the results of industry-funded science are likely to favour the funder.

There is overwhelming evidence about the effects of foods on children’s behaviour and anyone who says otherwise is probably either out of date or financially motivated. In the UK in 2003, when an entire primary school class ate additive free food for two weeks, nearly 60 per cent of the children improved. Since 2010, certain artificially coloured foods in Europe have been required to carry the warning: "may have an adverse effect on activity and attention in children". All over the world, manufacturers are working to either remove nasty additives from their products or hide them under names intended to mislead consumers.

Despite innocent-seeming labels, the use of additives continues to increase. Since this book first appeared, two more additives have quietly become widespread throughout our food supply, with devastating results for some consumers. As well, there are some natural ‘healthy’ foods that can be as bad for some children as additives. Parents who want to protect their children from the harmful effects of food chemicals must do it themselves. To find out how, please read on . . .

The defiant ones
• Losing temper • arguing with adults • refusing requests and defying rules • deliberately annoying others • blaming others • touchy and easily annoyed • angry and resentful • spiteful and vindictive.
May be diagnosed with oppositional defiant disorder (ODD).

Adults can be affected too. 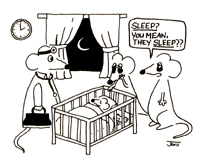 My first baby, Rachel, was born in Christchurch, New Zealand in the 1980s. When she was four days old I overheard a nurse saying, ‘Come and have a look at Mrs Dengate’s baby, she’s a real peach,’ and I glowed with pride. Two nurses bent over the crib.

‘She looks like a two-year-old, the way she sleeps,’ mused one. It was true. Rachel had none of the clenched-fist tension of other newborns. She lay sprawled in what I thought at the time was a relaxed posture, but know now was an indication of low muscle tone.

I also noticed that the top fold of one of Rachel’s ears appeared to be stuck down. It was barely noticeable unless you looked closely. I had worried about possible birth defects since a camping trip in early pregnancy when I ate a freshly caught fish before finding a dumped herbicide container in the water upstream. Some versions of this herbicide were used as defoliants in the Vietnam War, so a tiny ear malformation seemed nothing compared to what I had feared.

These were to be the first of many clues which would be misinterpreted and rationalised. We had no idea then that it would take eleven gruelling years for us to find out what was affecting our beautiful daughter.

‘It’s a six-week siege,’ our friends had told us, about looking after a new baby. ‘After that you start getting into a routine.’ Six weeks turned into eight, then ten, and I started to feel mystified about the easy babies described in the baby book. In fact, we ended up feeling that our siege lasted for years, but in those first four months, things were desperate. There were always heaps of unfolded washing, unmade beds and piles of washing up. I was always exhausted. My husband Howard worked a full day as a research scientist then came home to a mess and started cooking and cleaning up.

Rachel spent a lot of time crying. We carried her around and waited for her to become the settled baby promised by our childcare book. Our doctor prescribed a drug, now considered not safe, to help with colic.

A friend advised me to watch what I ate. I just loved the sweet New Zealand cherries, apricots and plums. ‘I’m not going to stop eating fruit at the beginning of the summer fruit season,’ I protested, but trial and error showed that fruit obviously did affect Rachel. Since we paid for each lapse with a couple of hours of inconsolable screaming, I was motivated to stick to my limited diet and by the time Rachel was four months old I found I had a more settled baby if I avoided some vegetables and all fruit except bananas.

Save this product for later
Display prices in: AUD

The Food Intolerance Network consists of nearly 15,000 families, mostly in Australia and New Zealand but with members in USA, UK, EU, Canada and several other countries. A grateful member just summarised what we do as 'helping families and taking corporations to task'. We'd say that's exactly what we do. 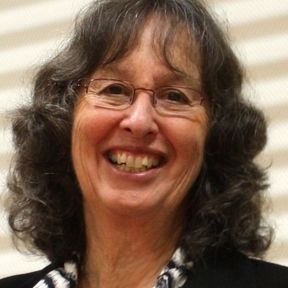 ‘No parent should have to go through what we went through’ I said when I wrote my first book, a surprise best-seller that continues today to help many thousands of families to understand and deal with food intolerance.